The wise does at once what the fool does at last.

After a storm comes a calm.

Problems are not stop signs, they are guidelines.

Quality is not an act, it is a habit.

Be thine own palace, or the world's thy jail.

The most effective way to do it, is to do it.

By failing to prepare, you are preparing to fail.

Do not weep do not wax indignant. Understand.

To be a good loser is to learn how to win.

So while an incredible amount of progress has been made, on this fifth anniversary, I wanted to come here and tell the people of this city directly: My administration is going to stand with you - and fight alongside you - until the job is done. Until New Orleans is all the way back, all the way.

I've been sober for two-and-a-half years, My children are happy. In August, my wife and I will celebrate our fifteenth wedding anniversary. My band is back together with a sold-out tour.

I have for some time urged that a nuclear abolition summit to mark the effective end of the nuclear era be convened in Hiroshima and Nagasaki on the 70th anniversary of the bombings of those cities, with the participation of national leaders and representatives of global civil society.

And this year is going to be the 25th anniversary of the 17-0 team, the only undefeated season.

The London games mark the 24th anniversary of my winning two golds and setting the world record in the heptathlon. Someone is going to want it records are made to be broken - it's only a matter of time. I hope mine will outlive me.

We can't forget what happened on May 4th,1970, when four students gave up their lives because they had the American constitutional right of peaceful protest. They gave up their lives. And to sing that song in that spot on that anniversary was very emotional for us.

See, the 'On the Road' that came out in 1957 was censored. A lot of the honesty of it, the bitter honesty, is in the original scroll version that came out in 2007 on the 50-year anniversary. Back then, there was so much post-Second World War fear that was imposed on everybody - 'You must live life this way' - and these guys were bored.

The chances of a reunion now are less likely. I was thinking of having a 40th anniversary of the band, but now they are really another band, so it's all a bit weird.

On this important anniversary, we must remember that while we have come a long way in eliminating barriers, critical work remains to ensure all Americans can live up to their full potential.

And currently, there are four to five new works in the pipeline for upcoming celebrations such as the Sydney 2000 Olympics, Australian Federation, my 50th Birthday, and Sydney Dance Company's 25th Anniversary. 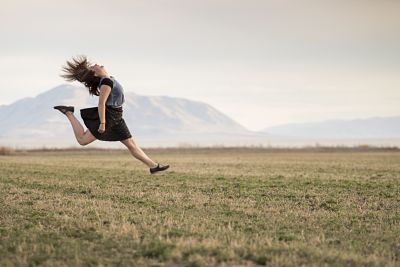